The role of ice stream dynamics in deglaciation 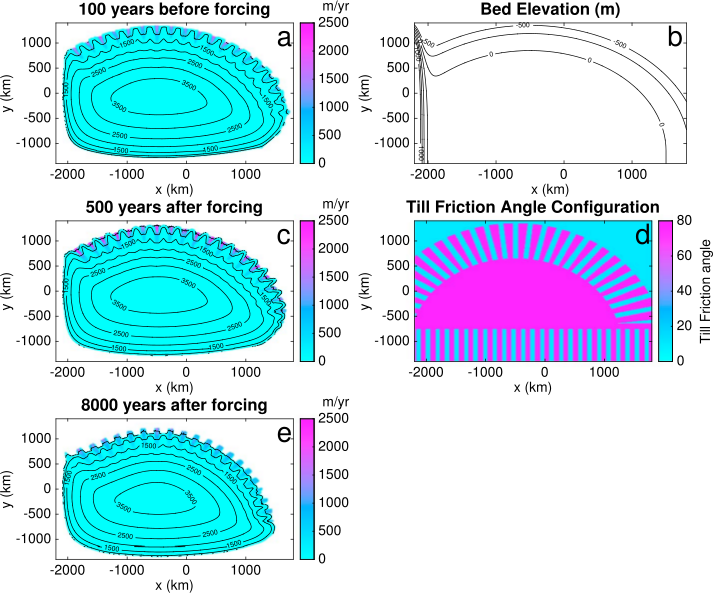 Does the presence of ice streams enhance deglaciation? If so, this should render certain large ice sheets, those with geometry and basal properties conducive to stream formation, more sensitive to changes in the climatic mass balance input. Based on an idealized PISM configuration, the simulations in this study show that when the ice sheet is large and ice streams are sufficiently developed an upward shift in equilibrium line altitude results in rapid deglaciation, while the same shift applied to an ice sheet without fully-formed ice streams results in continued ice sheet growth or slower deglaciation. Rapid deglaciation in ice sheets with significant streaming behavior is caused by ice stream acceleration and the attendant enhancement of calving and surface melting at low elevations. Ice stream acceleration is ultimately the result of steepening of the ice surface and increased driving stresses in ice stream onset zones, which come about due to the dependence of surface mass balance on elevation.