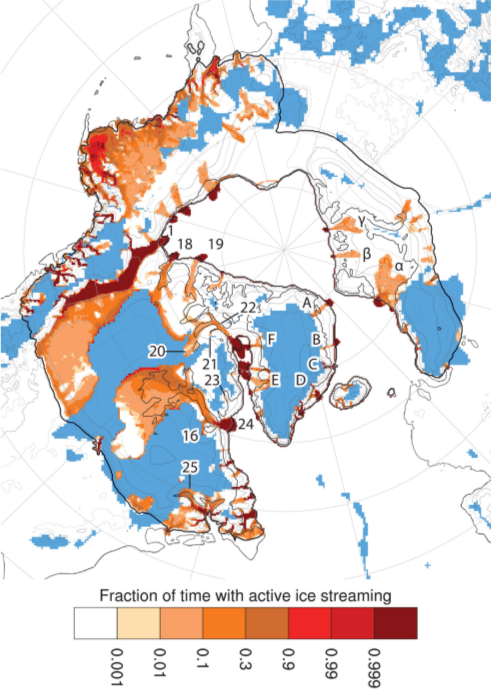 Modeling Northern Hemisphere glacial conditions using general circulation models (GCMs) in quasi-equilibrium with prescribed ice sheets can lead to inconsistencies between the modeled climate and ice sheets. To avoid this problem, this paper models the ice sheets explicitly, giving the first results from coupled ice sheet–climate simulations for pre-industrial times and the Last Glacial Maximum. They use the atmosphere–ocean–vegetation GCM ECHAM5/MPIOM/LPJ bidirectionally-coupled with a modified version of PISM 0.3 on a 20 km grid covering the Northern Hemisphere. The model system adequately represents large, non-linear climate perturbations, and the results agree reasonably well with reconstructions and observations. A large part of the drainage of the ice sheets occurs in ice streams which show recurring surges as internal oscillations. The Hudson Strait Ice Stream surges with an ice volume equivalent to about 5 m sea level and a recurrence interval of about 7000 yr, in agreement with basic expectations for Heinrich events.