What is PISM used for?

PISM is continuously developed. Important model components and improvements as well as their description comprise for example: 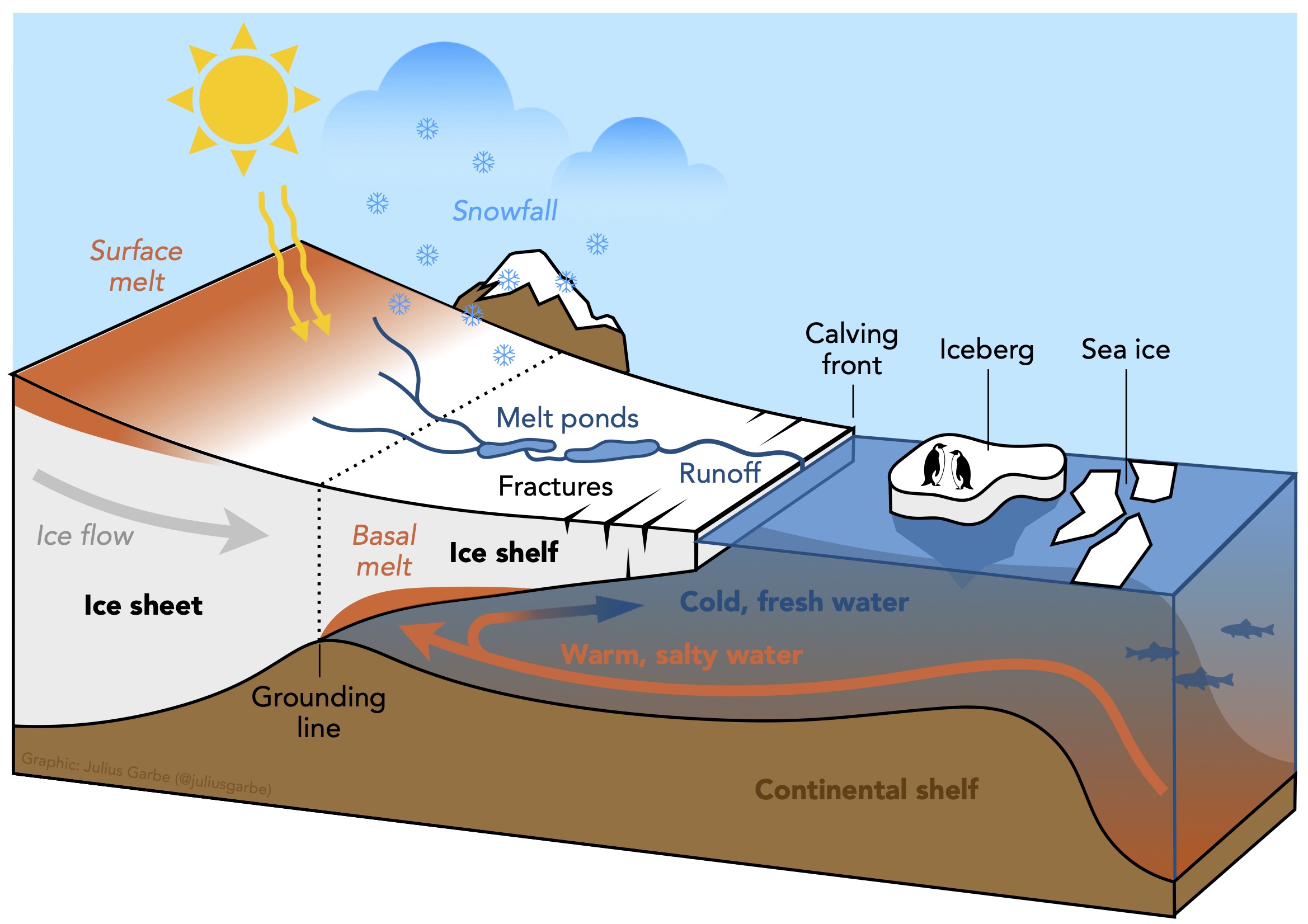 Using PISM, major advances in the understanding and model representation of key physical processes, which control the behavior of ice sheets, have been made. Examples include:

The ice sheets on Greenland and Antartica are the largest freshwater reservoirs with a combined sea-level rise potential of more than 65 meters. Their mass loss and future contributions to sea-level rise in response to different scenarios of changing atmospheric and oceanic conditions can be determined by applying PISM, as previously accomplished by e.g.:

Long-term model simulations are helpful for the reconstruction of the glacial-interglacial history of the Earth’s ice sheets. Thereby, a better understanding of a dynamic threshold behavior and sea-level change in the past but also in the future can be gained. For the Antarctic Ice Sheet, an ensemble of glacial-cycle simulations in order to constrain paleo parameter sensitivities and boundary conditions has, for example, been performed using PISM by: 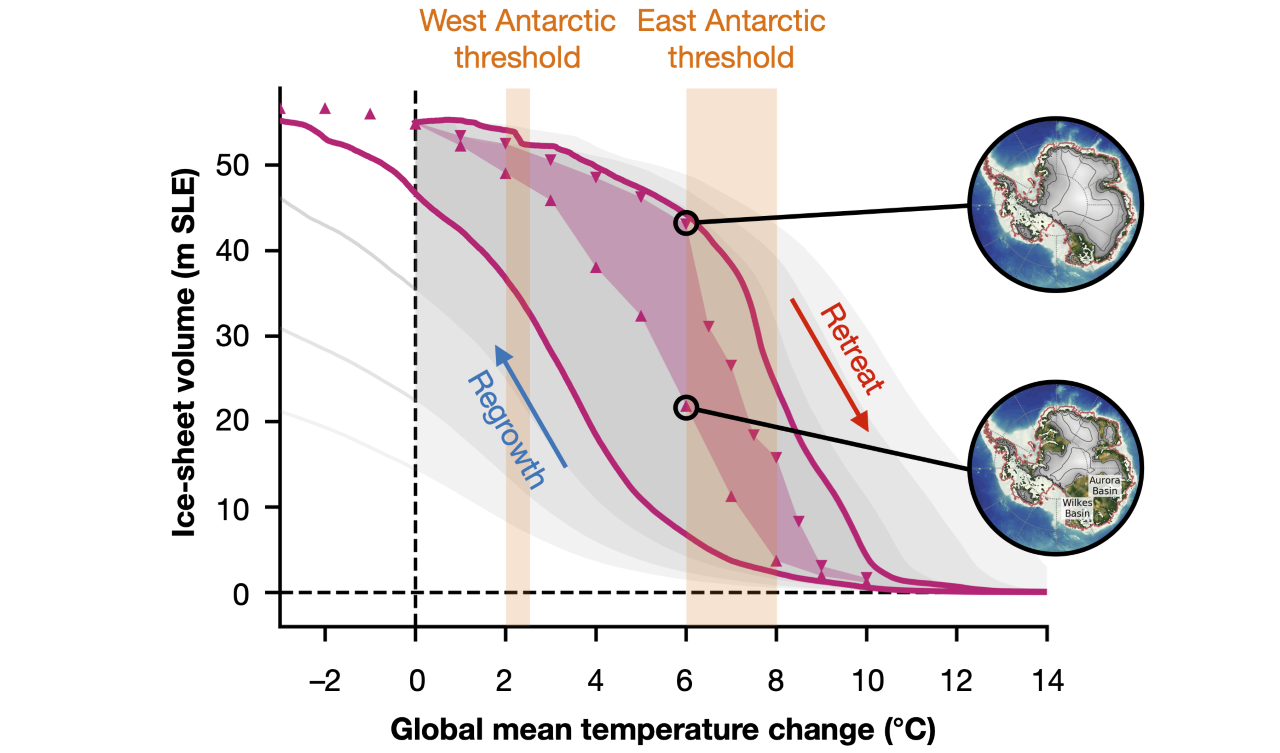 Several positive and negative feedback mechanisms may impact the stability of ice sheets on long timescales. Examples include the positive surface-melt-elevation feedback or the negative isostatic solid-Earth rebound effect. When crossing critical thresholds, irreversible ice loss may follow. The overall effect of the interplay between the various feedback mechanisms in the long term has been assessed by means of PISM among others by:

Coupling to other Earth system components 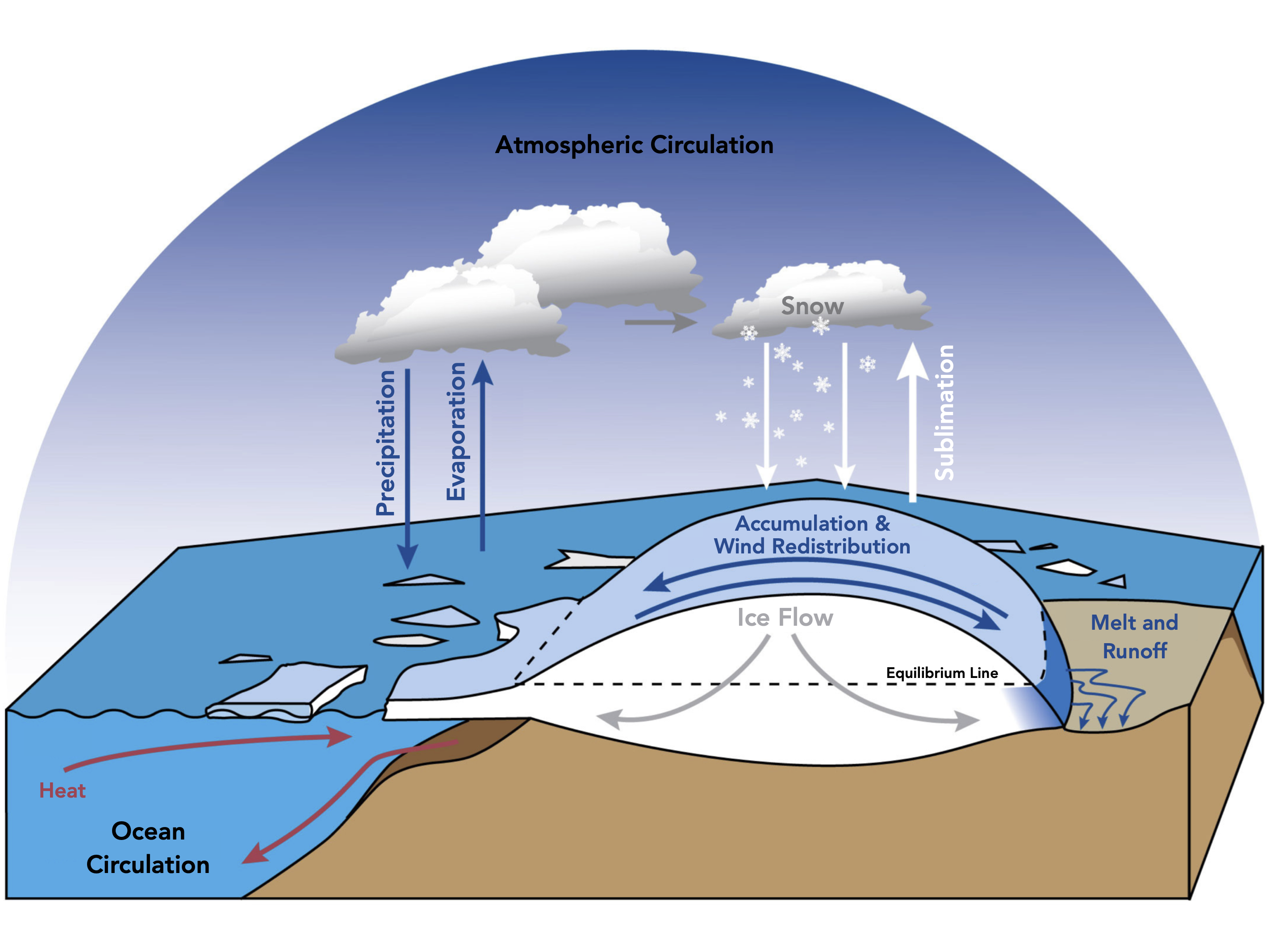