Testing the sensitivity of the East Antarctic Ice Sheet to Southern Ocean dynamics: past changes and future implications 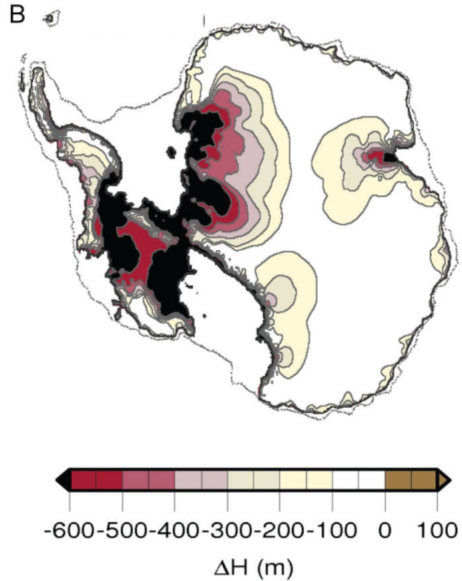 The stability of the Antarctic ice sheet and its contribution to sea level under projected future warming remains highly uncertain. The Last Interglacial (LI; 135–116 ka ago) is a potential analogue for the present period, with sea levels 6.6–9.4 m higher than present, and thus it deserves study. This paper examines a possible source of LI sea-level rise. These authors report on model simulations exploring the effects of migrating Southern Hemisphere Westerlies (SHWs) on Southern Ocean circulation and Antarctic ice-sheet dynamics. The effect on ice dynamics is modeled with PISM, which plays only a supporting role in this work. They conclude that southerly shifts in winds may have significantly impacted the sub-polar gyres, inducing pervasive warming of 0.2–0.8 °C in the upper 1200 m adjacent to sectors of the East Antarctic Ice Sheet (EAIS). Thus the EAIS potentially made a substantial, hitherto unsuspected, contribution to LI sea levels.