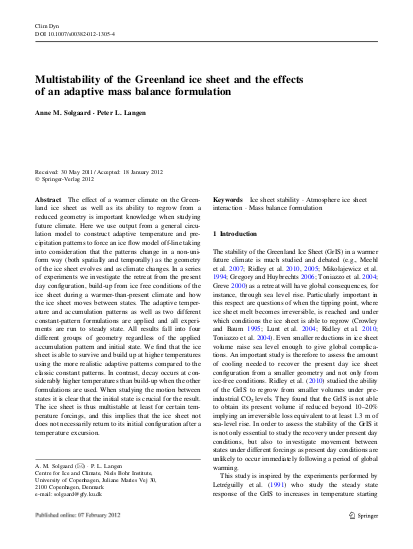 We use output from a general circulation model (CAM3+CLM) to construct adaptive temperature and precipitation patterns to force PISM off-line, taking into consideration that the patterns change in a non-uniform way, both spatially and temporally, as the geometry of the ice sheet evolves and as climate changes. In a series of experiments we investigate retreat from the present day configuration and build-up from ice free conditions during a warmer-than-present climate. We find that the ice sheet is able to survive and build up at higher temperatures using the more realistic adaptive patterns compared to the classic constant patterns. The ice sheet is multistable at least for certain temperature forcings, so it does not necessarily return to its initial configuration after a temperature excursion.