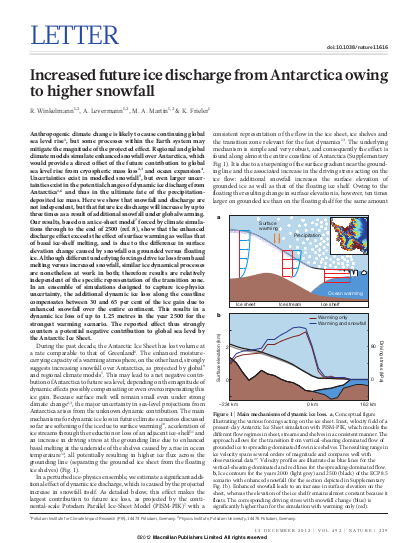 Large uncertainties exist in the potential changes of dynamic ice discharge from Antarctica from precipitation. Here we show that snowfall and discharge are not independent, but that future ice discharge will increase by up to three times as a result of additional snowfall under global warming. Our results, based on PISM-PIK runs forced by climate simulations through to the end of 2500, show that enhanced discharge exceeds the effect of surface warming as well as that of basal ice-shelf melting. In an ensemble of simulations designed to capture ice-physics uncertainty, the additional dynamic ice loss along the coastline compensates for between 30 and 65 per cent of the ice gain due to enhanced snowfall over the entire continent. This results in a dynamic ice loss of up to 1.25 metres in the year 2500 for the strongest warming scenario.