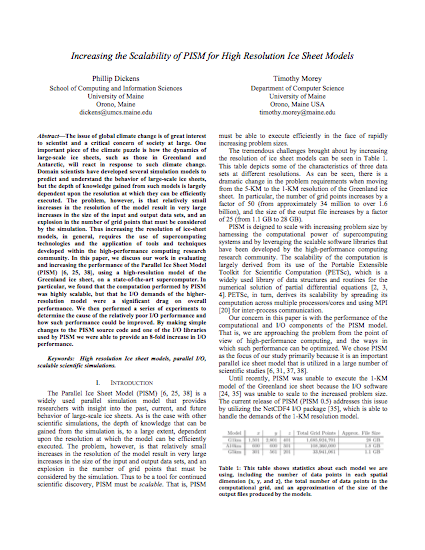 In this paper, authors discuss their work in evaluating and increasing the I/O performance of PISM on a state-of-the-art supercomputer by using a 1 km Greenland ice sheet setup. In particular, they found that the computation performed by PISM is highly scalable, but that the I/O demands of the higher-resolution model are a significant drag on overall performance. The paper describes a series of experiments to find the cause of the relatively-poor I/O performance and how such performance could be improved. By making simple changes to the PISM source code and one of the I/O libraries used by PISM authors were able to provide an 8-fold increase in I/O performance.