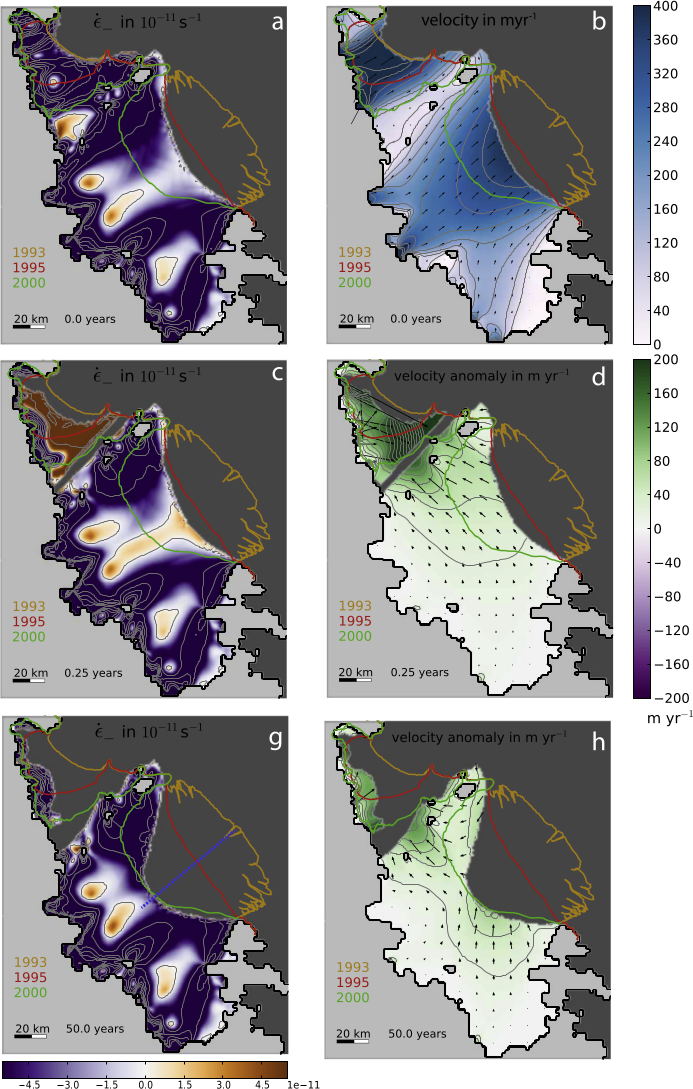 Floating ice shelves, fringing most of Antarctica, exert restraining forces on the ice flow. Though abrupt ice–shelf retreat has been observed, it is generally considered a localized phenomenon. This paper shows, by using PISM-PIK, that the disintegration of an ice shelf may induce the spontaneous retreat of its neighbor. The spontaneous but gradual retreat of the Larsen B ice front, as observed after the disintegration of the adjacent Larsen A ice shelf, is reproduced. The “A” collapse yields a change in spreading rate in “B”, via their connecting ice channels, and thereby causes a retreat of the ice front to its observed position of the year 2000. This reproduces the configuration of “B” prior to its collapse in 2002. For the PISM user this paper illustrates what modeling becomes possible with the combined PIK mechanisms for ice shelf front modeling, including sub-grid mass conservation and “eigencalving”; see the references of the paper and Chapter 8 of the PISM User’s Manual.