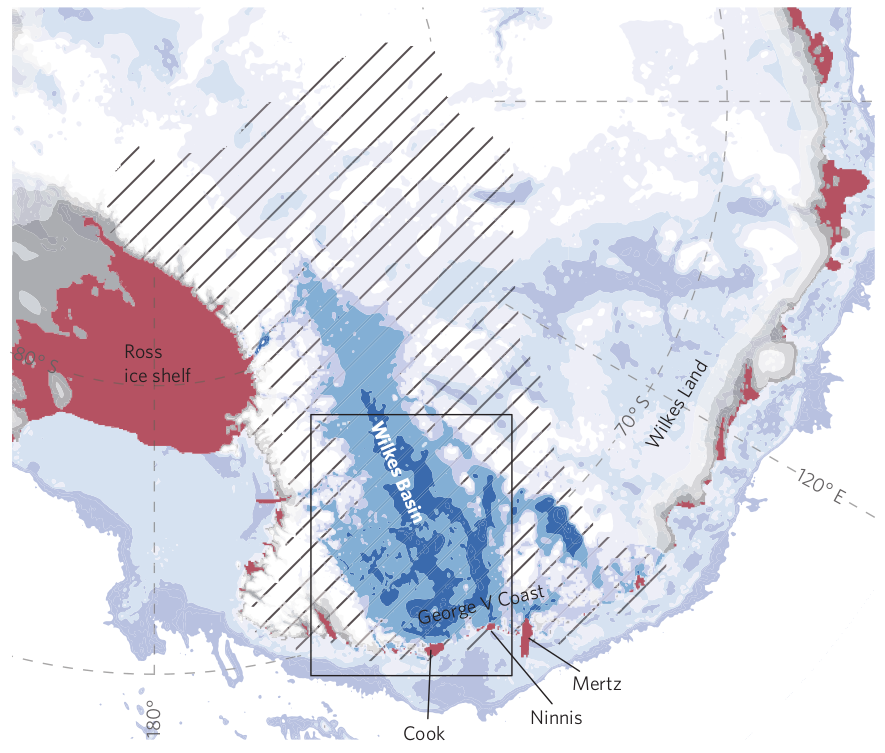 This paper uses PISM to define an “ice-plug” which, if removed from the coastal ice in the Wilkes Basin of East Antarctica, would initiate irreversible retreat of the grounded ice in that basin. The modeled retreats, which occur on a time scale of a few thousand years, generate 3–4 m of sea level rise from the region surrounding the basin. Thus this basin is a potential “tipping-point” ice sheet configuration, in additional to the better-known West Antarctica configurations. For the PISM user this paper shows its ability to model an ice sheet region (hashed in figure) at high resolution across a range of ice dynamics parameters and climate forcing choices.