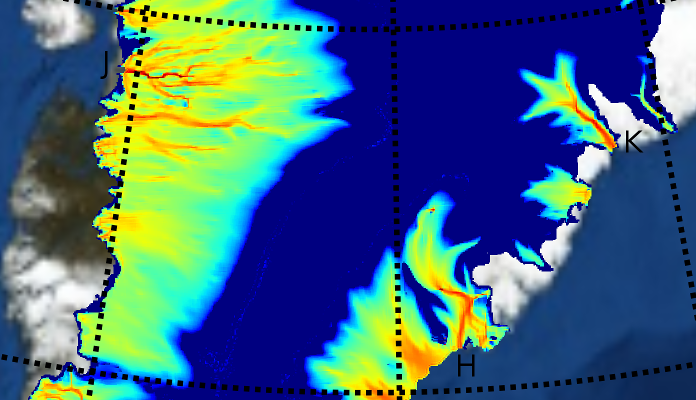 This paper describes and tests a major extension of PISM, introduced in v0.6 and fully-supported in v0.7, a two-horizontal-dimension subglacial hydrology model which combines till with a distributed system of water-filled, linked cavities. This sub-model accomplishes three specific goals: (1) conservation of the mass of water, (2) simulation of spatially- and temporally-variable basal shear stress from physical mechanisms based on a minimal number of free parameters, and (3) convergence under grid refinement. Besides a broad approach to the source of the model equations and detailed attention to the implementation and testing of the numerics, this paper demonstrates the model at scale by modeling the whole Greenland ice sheet at 2 km horizontal resolution, with one million nodes in the hydrology grid. But the model is far from complete. It both takes a very conservative approach to coupling hydrology to a model for basal shear, and it does not include the physics which determines the location and evolution of subglacial conduits.