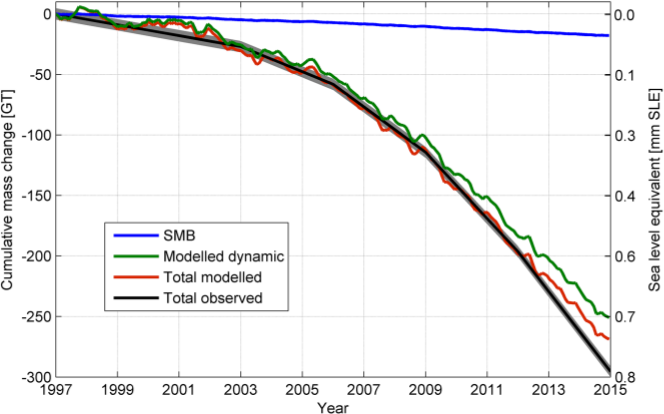 This paper uses a regional PISM outlet glacier model to simulate the behaviour of Jakobshavn Isbrae (JI) in Greenland. Atmospheric and ocean parameterizations are applied and the model is tuned to reproduce observed frontal changes of JI during 1990–2014. The model simulates two major accelerations (1998,2003-2004) that are consistent with observations of changes in glacier terminus, including retreat, thinning and break-up. A major result is that most of the JI retreat during 1990–2014 is driven by the ocean mass balance, but the glacier’s subsequent response is governed by bed geometry. The results also suggest that the variability in modelled horizontal velocities can be regarded as responses to variations in terminus position. This study demonstrates the significant progress that has occurred in modelling temporal variability of outlet glaciers.