Sensitivity of the Lambert-Amery glacial system to geothermal heat flux 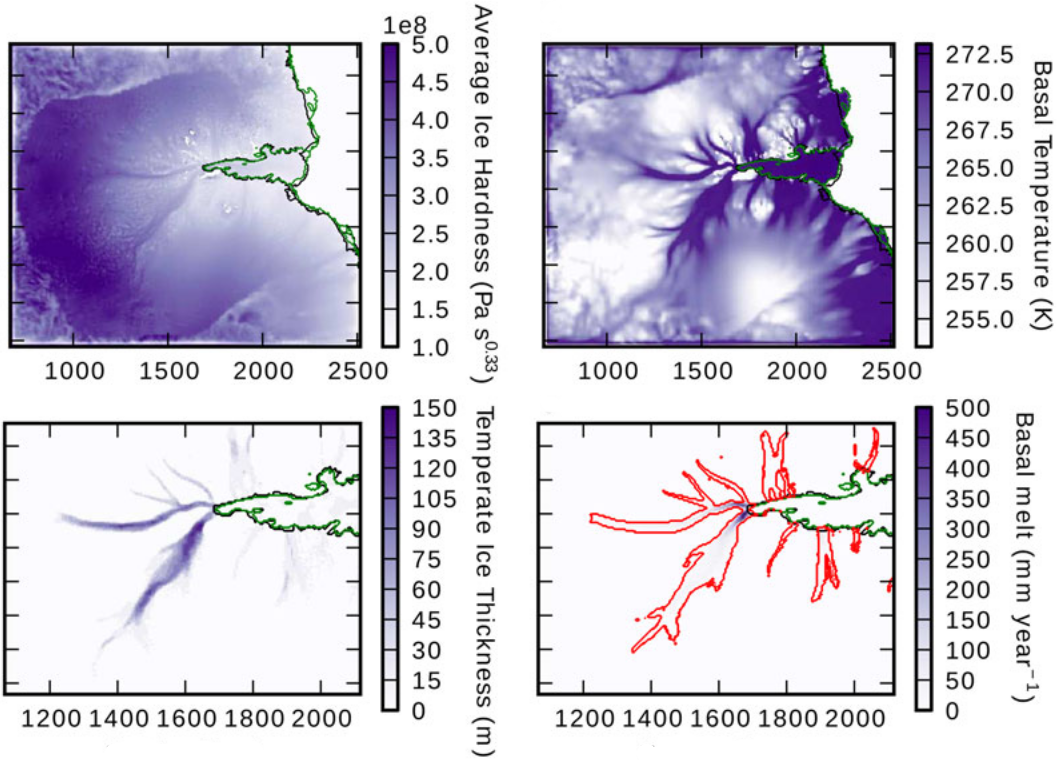 The temperature of an ice sheet is an important control on the deformation of ice, but it also controls basal melt. The geothermal flux (GHF) is a significant thermal boundary condition, and there is large uncertainty in its magnitude and local variation. On the other hand, a balance of heat conduction and advection—the latter dominates in the large—determines the 3D temperature field within the ice. Thus a thermomechanically-important input—it is a velocity boundary condition—is the rate of surface accumulation. The 3D conduction/advection balance determines sliding because the base is weak where it is well-lubricated; this is dominated by basal melt in a cold ice sheet like the Antarctic. All of this is modeled by PISM—not perfectly but it is all there. However, understanding the sensitivity of this thermomechanical system to it inputs, in a particular glacier, is not easy. This paper studies the Lambert-Amery ice stream/shelf system in East Antarctica by using observed surface velocities and ice thicknesses as the major constraints. The authors conclude that the ice flow is most sensitive to spatial variation in GHF near the ice divides and under the edges of the ice streams. Their control simulation has temperate ice up to 150 m thick, an average basal melt of 1.3 mm per year, and maximum basal melting of about 0.5 m per year.