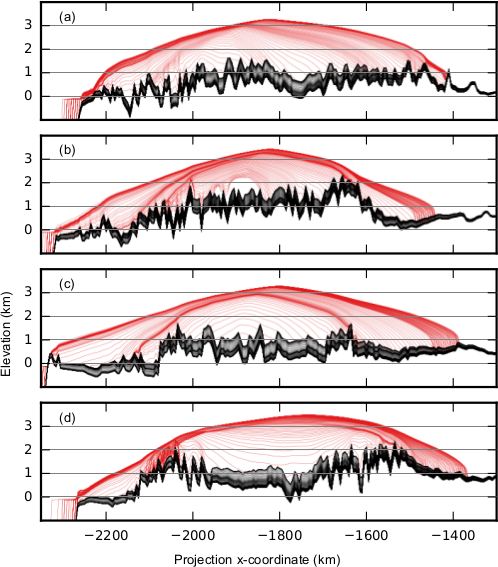 This paper uses PISM, calibrated against field-based evidence, to reconstruct the Cordilleran ice sheet’s history through the last glacial cycle. Until now, geological studies of this major North American ice sheet have lacked ice-sheet-wide spatial reconstructions. Simulations are driven by time-dependent temperature offsets from six proxy records located around the globe. Although model response to evolving climate forcing is variable, all simulations produce two major glaciations during marine oxygen isotope stages 4 (62.2–56.9 ka) and 2 (23.2–16.9 ka). The timing of glaciation is better reproduced using temperature reconstructions from Greenland and Antarctic ice cores than from regional oceanic sediment cores. During most of the cycle the modelled ice cover is discontinuous and restricted to high mountain areas. However, a central ice dome in the Skeena Mountains persists throughout, and it hosts the last remains of Cordilleran ice into the middle Holocene (6.7 ka).