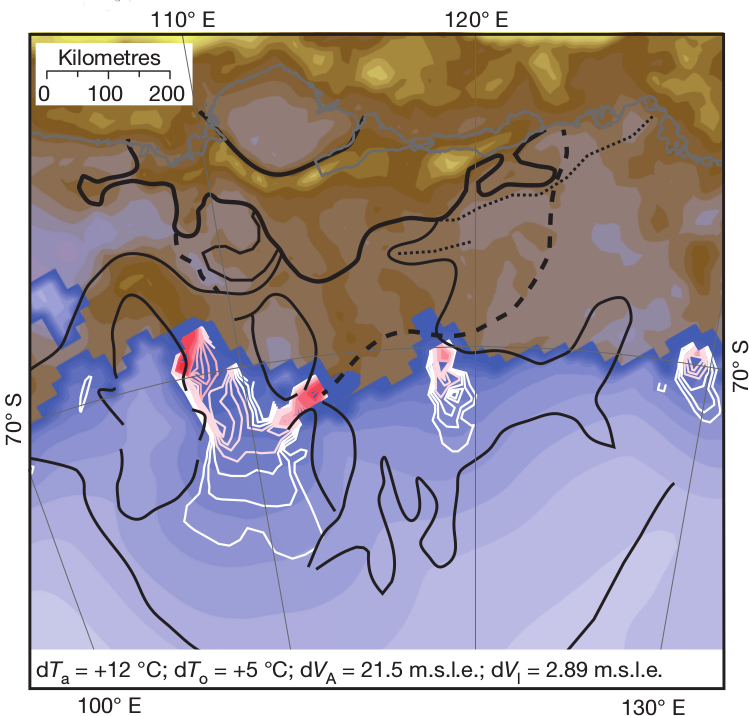 The East Antarctic Ice Sheet (EAIS) has been more stable than the other major ice sheets for at least a million years. However, for older warm periods there is evidence suggesting collapse of the Totten Glacier, one of several large, ocean-forced outlets of the EAIS, with retreat into interior basins. This paper shows that deep ice-sheet erosion has occurred in two regions, one at the present-day head of the Glacier and the other deep within the subglacial basin behind it. Aerogeophysical data suggest two distinct configurations, a “modern” ice sheet with a near-present-day margin, and a retreated configuration. The transitional region between these is less eroded, suggesting shorter-lived exposure to repeated retreat–advance events. What is a role for PISM is such work? In this case, ice-sheet modelling indicates that the sector’s retreat-driven global sea-level increase could 0.9 meters in modern-like configurations, with a jump up to 2 meters or more if there is a transition to the retreated configuration.