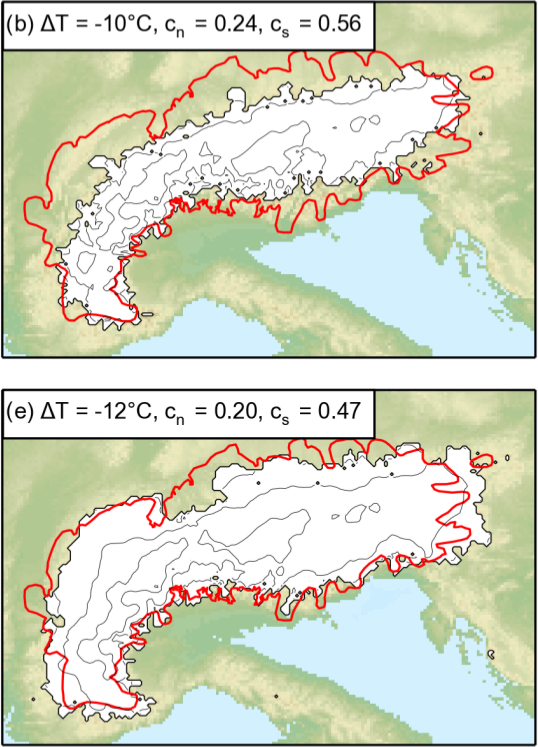 During the Last Glacial Maximum (LGM), glaciers in the Alps reached a maximum extent well-beyond their current coverage (red line). This study models the ice cap using PISM and parameterized forms of the uncertain LGM precipitation pattern. Constraints on the model come from geomorphological reconstruction of ice extent based on interpretation of moraines, trimlines and erratic boulders. The model is forced using different temperature cooling and precipitation reduction factors. Use of the present-day precipitation pattern leads to a systematic overestimation of the ice cover on the northern part of the Alps relative to the southern part. A more severe decrease in precipitation in the north was required to reproduce the LGM extent. This result supports a southwesterly advection of atmospheric moisture to the Alps, sustained by a southward shift of the North Atlantic storm track during the LGM.