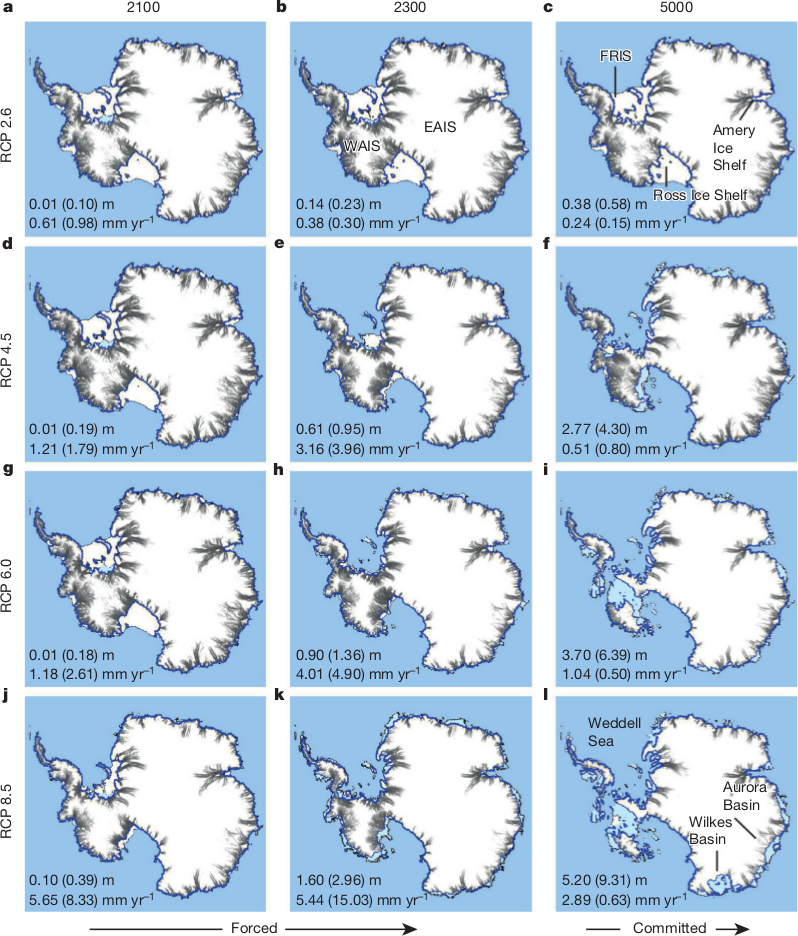 The Antarctic ice sheet (AIS) contribution to sea-level rise under warming scenarios has been difficult to quantify. This paper uses 10km PISM simulations to show that if atmospheric warming exceeds 1.5 to 2 degrees Celsius above present then collapse of the major Antarctic ice shelves triggers a centennial- to millennial-scale response which is a long-term commitment (an unstoppable contribution) to sea-level rise. While another just-published AIS PISM paper considered a relatively extreme climate scenario, this one finds that substantial Antarctic ice loss can be prevented only by limiting greenhouse gas emissions to RCP 2.6 levels, a specific and worrysome conclusion. Higher-emissions scenarios lead to modeled ice loss from Antarctic that will raise sea level by 0.6–3 metres by the year 2300. Greenhouse gas emissions in the next few decades strongly influence the long-term modeled contribution of the AIS. The PISM user should note that the first paragraph of the Methods section of this paper is a compact description of a canonical application of PISM. Later paragraphs describe more customized application, though largely through existing PISM code. Grounding line dynamical modeling is carefully done based on the parameterization derived from Feldmann et al (2014), which is part of PISM 0.6 and later. The RCPs are used to construct surface air temperature, precipitation, and ocean temperature, with PISM PDD and three-equation models used to determine (upper) surface mass balance and sub-shelf mass balance.